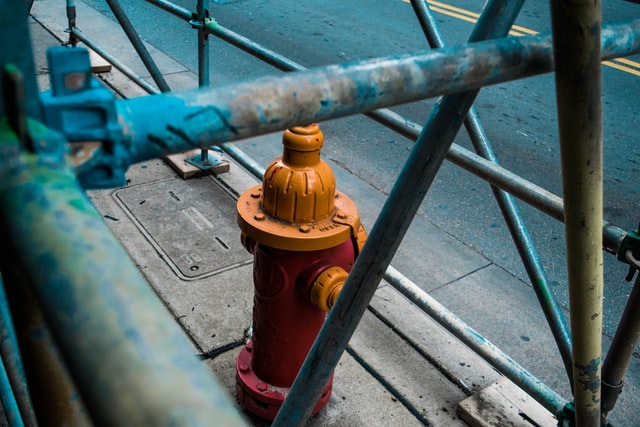 Everyone hears about the California wildfires or other raging blazes that threaten to destroy entire communities, but few people ever think that they could be a victim of a structure fire or other serious blaze. The statistics for fires across the United States are alarming, and the fire departments of each community are kept busy saving lives and structures. From collecting data on how fires start or are fed to the routine fire flow testing conducted with hydrants, there is an overwhelming response to keeping Americans safe from destructive blazes.

According to the last report from the National Fire Protection Association, the leading cause of household fires is from home heating equipment. Data tracks fires across a seasonal pattern where the cold, winter months have more reports of residential structure fires. Between the years 2014 and 2018, there were approximately 500 civilian deaths related to home fires and 1,350 civilian injuries across the 48,530 home structure fires that took place during that time. The estimated damage topped over one billion dollars, and it was the heating equipment in one out of every seven of those reported blazes.

More than two out of every five fires were attributed to the use of a space heater, and most of the deaths and injuries occurred as a result of those blazes. Heating elements that used solid fuel, such as a wood- burning stove or fireplace, were the second major contributor to household fires during that time. Many of these fires could have been prevented, and civilian education is a key to future prevention.

The Key to Fire Prevention

The key to preventing a fire in your home is knowing the dangers fires present and how to combat the likelihood of a blaze. For starters, your home needs to be equipped with smoke alarms on every level of the home. Have them installed in bedrooms or the hallways near sleeping areas. Conduct tests each month and change the batteries frequently. Have a fire escape plan for the family and practice the plan at least twice a year.

When it comes to the appliances in your home that could start a fire, take extra precautions. Unplug unused appliances like toasters, irons or other heating elements. Avoid using space heaters or have all heating equipment inspected prior to the start of the winter season.

When a fire happens, you may have as little as two minutes to get out of the house. Prioritize home fire safety to protect your family from a blaze that can destroy everything.