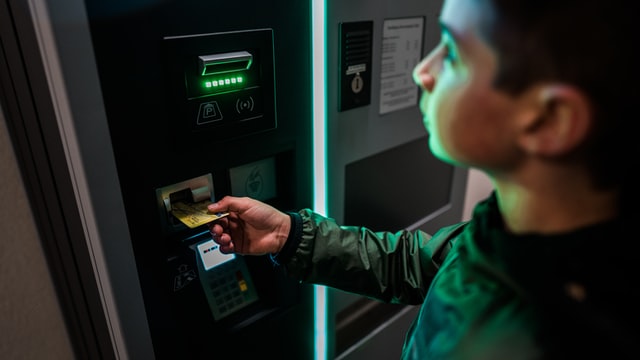 Since bank enterprises became in the 19th and 20th centuries, people have relied on banks for several reasons. With banks came the evolution of ATMs where their customers could withdraw and deposit money without assessing the bank itself. Today, most banks are evolving their ATMs to allow deposits of foreign exchange money and cheques. Moreover, the machines can also dispense with prepaid cards, movie tickets, and stamps.

Additionally, banks are entering the mobile lending business where customers can request money and receive it through their money wallets. Automated teller machines (ATMs) are found in financial institutions, student centers, shopping malls, convenience stores, and free stations. An example is ecoATM and ecoATMs near me.

40% of ATM-related crimes occur between midnight and the wee hours of the night. Robbery can also occur in the early evening hours. It’s advisable to use ATMs only when necessary, especially at night. However, there are some prevention strategies one can apply to prevent skimming scams:

· Beware of machines that keep your card for long; if so, call the bank immediately.

· Beware of people hanging around the ATM and offering to ‘’help.’’

· In case there are hidden cameras around, cover the ATM keypad while entering the PIN

· Always use secure ATMs as they are less likely to tamper.

· If you have doubts about your card while the merchant works on it, keep your eyes fixed on the card.

· Stickers and signs such as ‘’use this machine only’’ or ‘’swipe here first’’ should be a red flag. Avoid using devices that have poor fittings or look suspicious.

In the late 90s, many banks introduced the technology of speaking ATMs. The improvement has led to less reliance on Braille keypads which blind customers for a very long time.

The machines are a hybrid of the traditional branch experience where there is a face-to-face conversation between the teller and the ATM. The new technology has enabled many customers to understand how to operate the ATM better.

The machines assist customers with making withdrawals with their smartphones. Consecutively, customers receive an OTC (One Time Code), which they enter into the ATM followed by the PIN.

With the recent digital currency of bitcoins, ATMs that are not part of the banking system allow people to convert digital currency to cash and vice versa. The machines carry high fees; nonetheless, hundreds of them are all over the United States.

The success of the ATM has enabled many people to demand banking services where and when they need them.