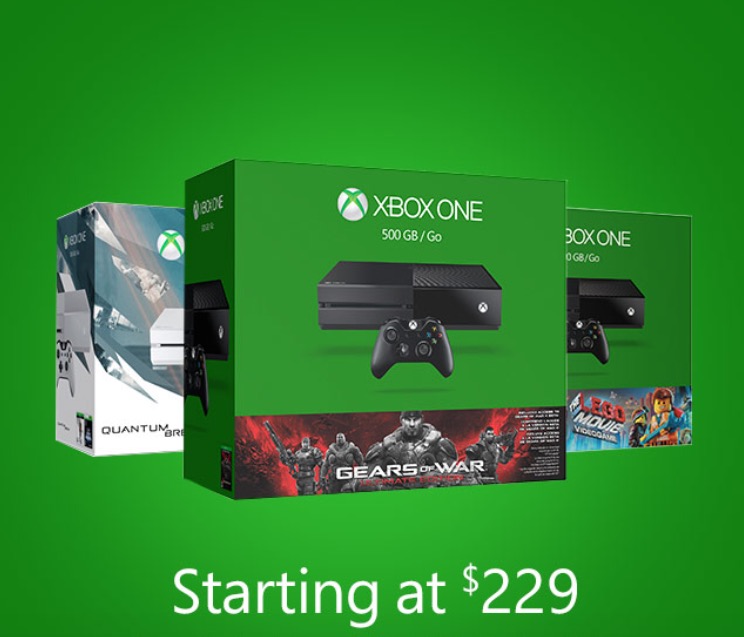 It appears that Gamestop is having a fire sale on older Xbox One models. Gamestop has discounted all old bundles from $250 down to $229. Which bundles are on sale you ask? Well all of them. The Quantum Break Bundle, the Gears Of War Ultimate Edition Bundle…etc. (Note: The sale appears to be limited to online orders.)

Amazon seems to also be participating in the fire sale although there is only 1 bundle available at the $229 price tag, the Name Your Game Bundle, which lets you choose a free download of either Rise Of The Tomb Raider, Forza 6, Rare Replay or Gears Of War. (Game Redemption code is included in the box)

It is no surprise that the older models are selling so cheap. The new Xbox One S is not only much more desirable but it already has multiple new bundles available with games such as Forza Horizon 3, Minecraft and the Madden NFL 17.  The recent release of the PS4 Slimis likely also a factor. With the Xbox One S and the new PS4 Slim it seems the older Xbox One consoles are being overlooked by consumers even though they offer tremendous value.

Is the $229 price tag on the older models appealing to you or do you prefer the slightly more expensive Xbox One S? Let us know in the comments below.